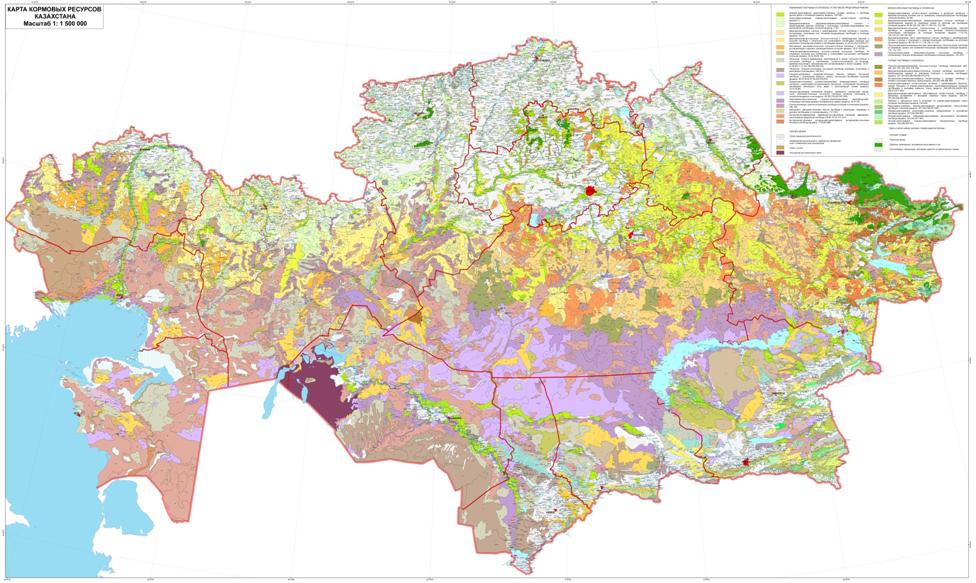 Department scientists of forage production and pastures during 2015-2017 developed the “Steady Management of Pasturable Resources with use of GIS-technologies” project. As a result, a WEB-portal was created where 5 interactive maps are located on a scale of 1: 1500 000.

Researches of pasturable resources were conducted by field works, along the routes covering the territory of 14 administrative areas of the republic, the extent of all route was 32,5 thousand km. The botanical-fodder description of pastures on 203 points is carried out. More than 1,5 million hectares of pastures are in parallel surveyed. 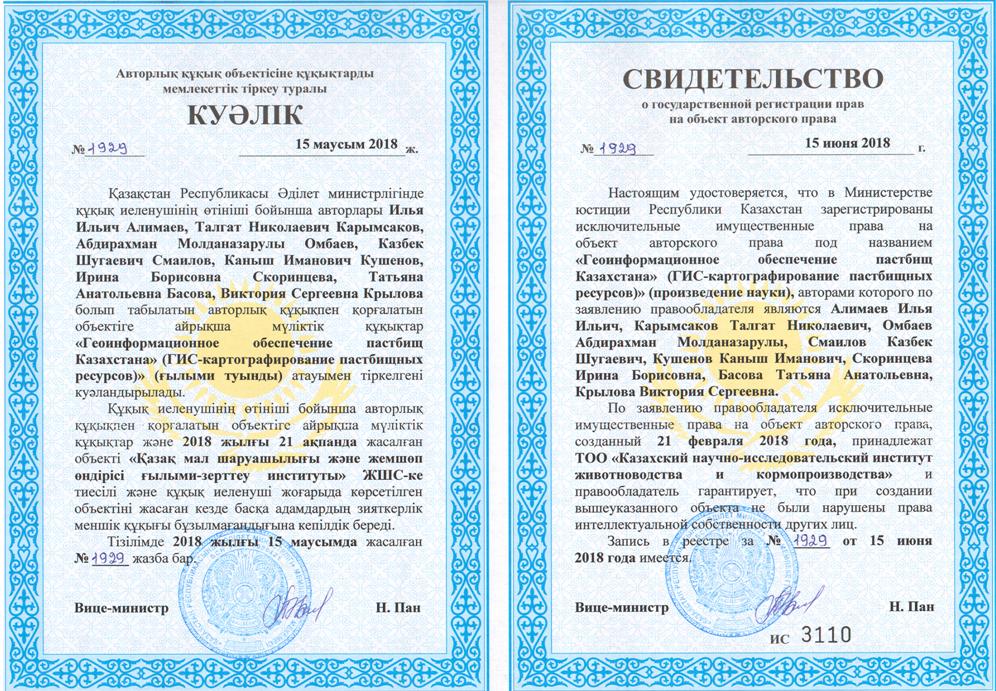 The project is based on modern advanced technologies in the field of agricultural mapping. For the first time for the Republic of Kazakhstan thematic digital cartographical models with use of modern GIS-technologies which are the main tool for steady management of pasturable resources are made.

The map of feed resources of Kazakhstan is accompanied by a detailed legend that reflects the typology of pasture vegetation, the seasonality of its use for grazing, the average annual yield, the feedstuffs linked to administrative regions, districts and rural districts.

Distribution of the received results of a research for 2015-2017 will be carried out in all agricultural formations and administrative agricultural structures of Kazakhstan.